Home > Blog
5
Facebook Twitter LinkedIn Pinterest WhatsApp Email Copy Link Your browser does not support automatic copying, please select and copy the link in the text box, then paste it where you need it.

The Internet we know and use everyday started as a simple channel for the U.S. Defense Department to exchange scientific data during the 60s. Now the Internet has grown into a worldwide phenomenon with over 4 billion active users, all of which contribute to its power with the creation of new websites, the launch of apps and tools, and new information posted on social media platforms. These initiatives have helped maintain the connection between people, regardless of the corners of the world these users come from.

It's no secret that one of the advantages provided by the Internet comes from the extraordinary capacity to ensure a network of networks, allowing us an invariable exchange of information on a global scale. This exchange can happen via instant messages, tweets, posts, or articles; with all the possibilities integrated in this phenomenon, the Internet has certainly grown to be the world's most popular means of communication.

The Gap between China and the Rest of the World

Despite the impact felt in most countries, the previously described scenario portraying the Internet as a tool of expression and information is not shared by a relevant portion of the world. According to former Google CEO, Eric Schmidt, two decades from now, the Internet might be divided into two completely opposite models.

In a closed-door interview with the CNBC network, Schmidt stated that by 2028 the Internet we know (the North American model) will go through a major bifurcation with the restricted network developed by China.

It's true that China has seen an exponential growth in technology and innovations during the last few years, becoming one of the world's digital leaders. According to experts, in 2012 the country already was the second most successful Venture Capital core worldwide, second only to the U.S.

The Asian nation has undertaken the task of creating their own products, meant to favor their customs, all while competing against the technology from the U.S. Statistics from the World Intellectual Property Organization show an upsurge of creative minds within the country and, according to a research performed by them in 2017, China became the main driver of innovative growth, with an increase of 18% in their patent applications. This percentage shows a relentless resolve aimed at full technological independence.

Many people are already aware of China's ongoing process to step away from the traditional Internet model. Thanks to an exclusive network managed by the communist government for the citizens' use, there are a lot of restrictions in place. This model has platforms and domains that are unavailable or simply too slow to access.

It's because of these singularities that Google, the most popular search engine in the world, has failed to maintain its influence within the Asian country. Meanwhile, China developed its own search engine (Baidu), integrating a file hosting service, a translator, and other similar features to those provided by Google. China's search engine is responsible for sustaining all the essential online resources required by their population in today's world.

The rejection and replacement of all traditional features isn't limited to a single search engine. Instant messaging apps and even social media platforms also play a large role in the separation the Chines have envisioned.

In the same manner, some music streaming apps like Youku and Xiami accomplish many of the functions YouTube was created to fulfill, while the popular and controversial WeChat represents an alternative to WhatsApp. The Asian instant messaging app caused a stir because of the censorship performed over certain topics, phrases, or words, all of which are also forbidden by China's government.

The Future Internet Models: China and the U.S.

According to Eric Schmidt' statements, China's efforts carry a big potential to make this separation a reality within 10 years. This is a plan that might be complemented by some of the country's additional proposals, like the Belt and Road Initiative (a project to bind Europe, South-Oriental, Central Asia, and the Middle East).

Even though this initiative entails the union of 60 countries under China's economic model, Schmidt warns about the chances of this project expanding China's principles of content regulation to other countries, ultimately integrating them to the Chinese Internet model. Countries would have to sacrifice part of their digital freedom in exchange for other benefits and a bigger barrier would emerge to separate eastern and western Internet.

Keep Up with More News from the Digital World with WebFindYou

At WebFindYou, we know how important it is for a company working with digital marketing to be up-to-date with any news related to technology. This is the area where such a company would grow and develop its assets, so all the intricacies must be understood for all the tools to be properly utilized.

WebFindYou puts great care into adapting all the content to the needs of people in different parts of the world. Our international websites (Chile, Colombia, Venezuela) offer pertinent information with the purpose of adapting our technology on a local scale within each of the countries we work for.

We want to expand the reach of our All-In-One Digital Marketing Technology, so if your country was not mentioned above and you want our technology to help you follow the path to digital marketing success, call us at 1-866-SEO-WEBS (736-9327) or fill out the contact form. We'll be happy to assist you!

If you found this article helpful then let us know in the comments section below. Likewise, feel free to share it using the share options below. Want us to cover another topic of your interest pertaining to digital marketing? If so, then like us and follow us on social media, and post to any of our social media profiles the topic you'd like us to discuss: Facebook WebFindYou, Instagram @WebFindYou and Twitter @WebFindYou.
Categories Social Media, Internet
5
Facebook Twitter LinkedIn Pinterest WhatsApp Email Copy link Your browser does not support automatic copying, please select and copy the link in the text box, then paste it where you need it.
Don't Miss These Other Must Read Articles 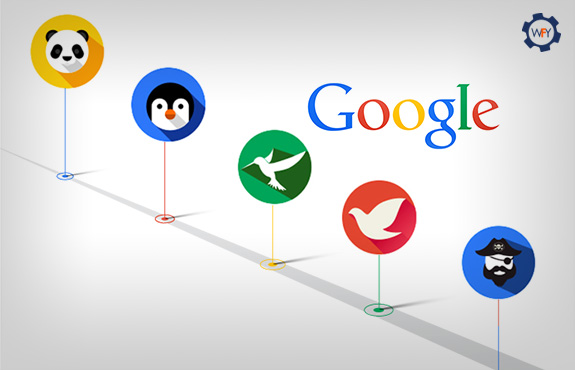 Joseph
Online Agent
866-SEO-WEBS
(736-9327)
You can also call to speak to a live operator
Start Chat Session
Enter the following info to begin your chat session:

At WebFindYou we continue actively working hard for all our clients during these difficult times. We continue to provide and constantly enhance our All in One Digital Marketing Technology to guide and keep you on the right path to achieve true digital marketing with less hassle, reduced costs and maximized leads and revenues.