Home > Blog
9
Facebook Twitter LinkedIn Pinterest WhatsApp Email Copy Link Your browser does not support automatic copying, please select and copy the link in the text box, then paste it where you need it.

With the 21st century, humorous pieces that were initially created to entertain audiences wound up becoming an important part of the Internet's history. Nowadays, a good meme can be a simple photo or a line of text, as long as it conveys emotions and scenarios that are relatable to a great number of people. Memes charm audiences with content that's catchy, straightforward, and unforgettable in its ingenuity.

Younger audiences (15-35 years of age) are the main demographic for memes. Despite this, memes have persisted on the Internet and usually generate favorable reactions with people of all ages and social backgrounds, even if some references are overlooked by certain parts of the public. They have the potential to reach any user on the Internet using a single picture or a short video that portrays a myriad of habits, ideas, and/or pop culture references.

Thanks to their influence on the public, memes have become a part of what's known as viral marketing: a form of marketing that reaches the audience with content spread via word-of-mouth and social media. In light of the advantages offered by memes to spread information quickly and draw certain age groups, companies have started studying their influence in order to create content that is powerful enough to go viral.

Some businesses have progressively started incorporating memes into their social media feeds, while others create entire campaigns surrounding the reinvention of a meme that's popular at the time. Either way, the examples found on the Internet serve as case studies to assess the results of including memes in a digital marketing campaign.

A Brief History of Memes

In a term originally coined by Richard Dawkins in 1976, memes are defined as information transmitted and replicated through communication networks in an evolutive process akin to biological genes.

While the study of memes had spent almost two decades in development, the combination of technical and cultural circumstances that took place during the late 90's was what ultimately paved the way for memes to become what they are today, with the reinventions of melodies, quotes, movie scenes, etc.

Some of the first memes that went viral and became Internet sensations between 1998 and 2000 were All your base are belong to us (from the mistranslation during the opening scene of the Japanese arcade game Zero Wing), The Dancing Baby (from the short video of a 3D baby dancing to the song "Hooked on a Feeling"), and One does not simply walk into Mordor (a quote from a scene in the film Lord of the Rings: The Fellowship of the Ring); the latter is still a common sight on social media platforms to this day.

After the first humorous images spread on the Internet, the cultural phenomenon of memes started evolving at a more rapid pace, taking different appearances and showing up on different online spaces. With this, memes started being placed in subcategories, depending on their formats and purposes, with many examples that serve as more than brief forms of entertainment.

Nowadays, memes are regularly used as part of different online projects, with varying levels of success. There've been many instances where their popularity goes beyond the Internet. We see memes on magazines, TV sketches, etc. As such, it's no surprise that they've found a place in digital marketing, especially when we consider the impact a viral image/video can make on a brand's popularity.

Twitter, Instagram, and Snapchat are the main platforms used by businesses to launch their meme marketing. The features implemented in these platforms favor visual content, helping spread memes very quickly to millions of users. According to the Pew Research Center, these three platforms are greatly preferred by Americans between 18 and 24 years of age, with Snapchat being used by 78% of young adults. In light of this, it's no surprise that many brands have started using memes to improve their online presence and grab the attention of younger audiences.

As reviewed by Entrepreneur, a recent example of the power of memes came from the "Bird Box challenge" and other related trends borne of Bird Box, a Netflix feature film that caused a social media phenomenon shortly after the film was released. This resulted in millions of streams on the Netflix platform despite the poor critical reception originally garnered by the movie.

Memes have such an impact on the public that they can instantaneously boost a business and spread a brand's influence. Like in the previous example, a brand's digital marketing strategies can coincidentally result in memes that drive people to their websites. Companies, however, can also take advantage of a meme's popularity to create a strategy around it. Instances of this are provided by Denny's and Grammarly, two brands that cater to different audiences with equally distinct approaches, both of which managed to make the best of memes popular at the time.

Other Popular Blog Posts
Why Digital Marketing Is Important for Small and Medium Enterprises (SMEs)
What Will the New Instagram Logo Do for their Social Media Marketing?
Best Times to Post on Facebook and Twitter for Maximum Effect

In 2017, Denny's recreation of the Zoom in meme seamlessly complemented the brand's established social media persona. The social media accounts created for the restaurant chain are widely popular for their slang-based wittiness and the informality of their interactions with users. The timely addition of this meme reached a new peak in retweets and likes and reaffirmed the audience's appreciation for the brand.

Meanwhile, the writing app Grammarly, after being the target of memes for some of its social media content, started integrating writing tips, motivational content, and funny memes to support the friendly concept that's become signature for its platform. This tactic managed to increase the app's popularity among existing followers while maintaining its relevance in the minds of Internet users despite their particular opinions about the app itself.

As evidenced by these cases, companies can take a meme and adapt its content to highlight a particular product/service provided by them. This may seem like an easy process compared to other marketing strategies, especially when we consider the simplicity of memes and how it relates to their actual success. However, there are important details to consider before trying this tactic:

If you lack the means to implement a social media campaign that makes the best of the current online trends, WebFindYou has the solution for you. Our technology puts all the resources and digital marketing tools at your disposal to maximize your online presence, including your social media accounts.

WebFindYou's All-In-One Digital Marketing Technology provides the chance to manage all your social media accounts, customize your profiles according to your company's corporate identity, and schedule all your posts for each of your accounts in any way you want. You can develop these and other strategies related to your social media management from one single place, along with all the essential digital marketing strategies you need to establish your company's presence on the Internet and reach as many users as possible.

Our tracking technology helps you follow the responses generated by each of your social media posts, identifying the users that convert into paying customers and the posts that caused each conversion. You will be able to manage all the necessary resources for the SEO of all your social media accounts so the number of followers will grow exponentially, in less time and with a reliable technology fully supporting your digital marketing campaigns.

If you don't want to miss any information about social media, including strategies to enhance your social media marketing or trends that are popular among members of your audience, be sure to check our blog page and follow our social media accounts. Don't hesitate to contact us to learn more about the benefits provided by our technology. Call us at 1-866-SEO-WEBS (736-9327) or fill the contact form and we will be happy to assist you!

Categories Digital Marketing, Social Media
9
Facebook Twitter LinkedIn Pinterest WhatsApp Email Copy link Your browser does not support automatic copying, please select and copy the link in the text box, then paste it where you need it.
Don't Miss These Other Must Read Articles 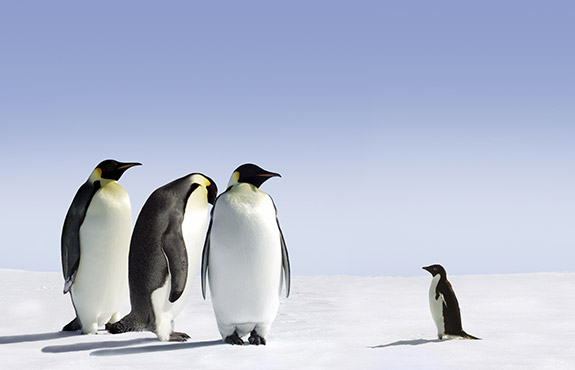 Joseph
Online Agent
866-SEO-WEBS
(736-9327)
You can also call to speak to a live operator
Start Chat Session
Enter the following info to begin your chat session: